When analyzing our reports you will see that we have a lot of segmentation built into our Google Ads accounts. How Google Ads accounts are segmented depends on a lot of variables and varies with each type of business. The choices you make have a large impact on the account performance and can make ongoing account optimization much easier to manage if done correctly.

In this article we explain the different segmentation options you have when building a Google Ads campaign and give examples to highlight some of optimization issues that can result when structuring an account.

Campaigns are your broadest level of segmentation and the basis for organization. Although there are broad segments for campaign segmentation campaigns do have specific goals. For example, an account for an Ice Cream Parlor would want multiple campaigns such as a “Milkshakes” and “Ice Cream Sundae”. The campaigns would then contain ad groups and keywords specific to milkshakes and ice cream sundaes respectively. It’s advised to avoid creating too broad of campaigns such as utilizing only one campaign for the entire account. If the ice cream parlor had one campaign labeled “Desserts” the maintenance and optimization for this account would become extremely difficult. Many settings are campaign based such as budgets, location targeting, bidding, networks, and ad scheduling. Understanding the impacts of your campaigns settings can save you a lot of time in money in the future.

Let’s continue with the example, if the ice cream parlor had 2 locations, but only one campaign, it would be impossible to create individual budgets and individual location targeting which would be crucial should the locations be in separate cities. If one location was performing better than the other the budget would be spent at Google’s discretion and likely less efficiently as the ad budgets are being spent disproportionately based on performance. Furthermore, it’s much easier to analyze and compare campaigns when they are specific to a location or product rather than hunting through one campaign and attempting to analyze potentially hundreds of ad groups.

Ad groups are your next level of segmentation and organization. Each campaign contains anywhere from 1 to 10,000 ad groups, but less than 20 will typically be more than enough. Each ad group needs to fit within the goal of the campaign. The ad group “Baked Cookies” wouldn’t belong in the “Milkshake” campaign, however, the ad groups containing milkshake flavors would. The general purpose of ad groups is to appropriately bundle and label groups of keywords. Similar to the campaigns, it’s inefficient to have one single ad group containing hundreds of keywords, while at the same time it’s extremely ineffective to have hundreds of ad groups each containing one keyword. This is because it’s much simpler to analyze 1 to 20 ad groups that contain accurate or appropriate keywords. For example, with one ad group per flavor it would be easy to compare flavors performance and make changes accordingly rather than sifting through endless keywords.

Perhaps the most important aspect of ad groups are the ads themselves. The ads are what the customer will see on Google and when everything is appropriately grouped and labeled the ads can become quite effective. For example, when someone is searching for an ice cream parlor nearby who sell chocolate milkshakes, they are much more likely to click on an ad that says “Chocolate Milkshakes” which is only possible when there is an ad group specific to chocolate milkshakes contain keywords targeting chocolate milkshakes.

Keywords are the backbone of Google Ads. They are what triggers the ads when potential customers enter search queries on Google. These need to be as specific as possible. The only exception to this is that Google won’t run keywords with extremely low search volume. In general, so long as the keywords are targeting the correct product, or goal of the ad group, the more the better. Duplicate keywords are counterproductive, however, it is often helpful to utilize the same keywords in multiple match types.

The quantity of keywords typically comes from adding specifics such additional product information. For example, you would assume the only logical way someone one would search for chocolate milkshakes would be by searching “chocolate milkshakes”, but in reality many searches include town names, phrases such as “nearby” or “open now” as well as product specific terms like “gluten free”. Adding keywords including these terms and similar ones increase the likeliness of your ad becoming more visible because each keyword has unique competition depending on the keyword.

Utilizing a variety of specific keywords is also helpful for account optimization. For example, perhaps you find that the keyword “gluten free chocolate milkshake” is getting fewer clicks but has more conversions than “chocolate milkshakes”, making the appropriate changes could then lead to more efficient use of ad spend. In most cases we are not trying to get more clicks we are trying to get clicks that convert.

Campaign organization is broad but is still specific to products, services or locations. Ad groups are specific to the campaign and bundle similar keywords in order to create appropriate ads. Ad groups allow us to test different ads with keywords that are semantically similar and also allow us to write ads that contain messaging relevant to the search query that triggered the ad.

Keywords should be as specific as possible within the ad groups and only be limited by the goal of the ad group and campaign. You should always watch for the “low search volume” rule.” Keep in mind that low click volume is not necessarily bad if the keywords are converting at a high rate. 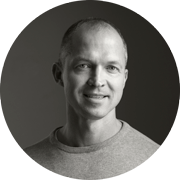